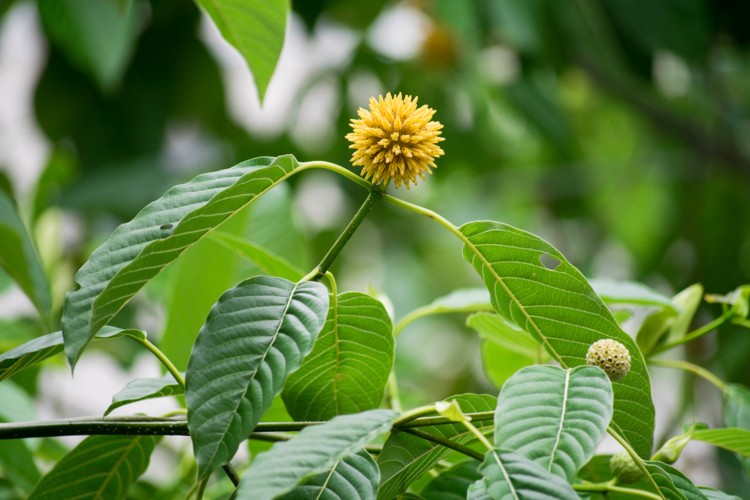 Late last year, the Food and Drug Administration issued a public-health advisory against the herbal supplement kratom, citing 36 deaths linked to products containing the substance, and a tenfold increase in calls involving kratom to poison control centers from 2010 to 2015. This warning arrived more than a year after the DEA announced its intent to ban kratom, placing the botanical drug in the same category as heroin and ecstasy (the announcement was quickly reversed following public backlash).

But let’s back up for a minute: What the hell is kratom anyway, and why are federal authorities seemingly so hellbent on keeping it off the market (illegal or otherwise)?

The Lowdown on Kratom

Kratom is derived from the leaves of the mitragyna speciosa plant, a tropical evergreen in the coffee family native to Southeast Asia. While it’s primarily grown in the central and southern regions of Thailand, many American enthusiasts choose to grow their own plants from seeds, both to save on costs and to have complete control over their supply. (Kratom seeds, plants and extracts can be purchased online or in head shops.)

Kratom is usually brewed like a tea, or crushed into a powder and mixed with water. Farmers and indigenous people have used the plant for hundreds of years as both a boost to increase work efficiency (low to moderate doses of kratom serve as a mild stimulant) and also at the end of the day as a way to wind down (higher doses serve as a sedative).

This user’s guide attempts to explain the effects of consuming kratom:

The stimulant level: At the stimulant level, the mind is more alert, physical energy (and sometimes sexual energy) is increased, one feels more motivated to get things done, ability to do hard, monotonous physical work may be improved, there is an elevation of mood (it has an antidepressant effect), one is more talkative, friendly and sociable.

The sedative-euphoric-analgesic level: At this dosage you will be less sensitive to physical or emotional pain, feel and look calm, have a general feeling of comfortable pleasure, and may enter a pleasant dreamy reverie. It will be very pleasant to lie down on your back in a semi-darkened room, with eyes closed, and just listen to your favorite music.

The Arguments For and Against Kratom

In the U.S., both scientists and consumers consider the herb to be a safe andeffective treatment for chronic pain and PTSD as well as a replacement drug in cases of opioid addiction. “Kratom people will say it’s way better than taking buprenorphine or methadone, because kratom is weaker and the sense of getting high or euphoria is much less,” journalist Chris Glazek, who authored Esquire’s “The Secretive Family Making Billions Off the Opiate Crisis,” recently explained to my MEL colleague Tierney Finster while she was reporting her end-of-year “State of Drugs” piece.

The FDA, however, has a very different opinion, according to its public health advisory:

It’s very troubling to the FDA that patients believe they can use kratom to treat opioid withdrawal symptoms. The FDA is devoted to expanding the development and use of medical therapy to assist in the treatment of opioid use disorder. However, an important part of our commitment to this effort means making sure patients have access to treatments that are proven to be safe and effective. There is no reliable evidence to support the use of kratom as a treatment for opioid use disorder.

That final—and most important—claim is debatable, though: A recent reportpublished in The Journal of the American Osteopathic Association suggests that kratom is “much less harmful than prescription opioids.” That’s because kratom contains the alkaloid mitragynine, which activates opioid receptors (inducing euphoria and reducing pain) without triggering respiratory depression, a lethal side effect of traditional opioids.

“In 2016, the American Kratom Association (AKA), proactively commissioned an independent 8-Factor analysis by the leading scientist on addiction and safety of dietary supplements, Dr. Jack Henningfield,” explains Pete Candland, AKA’s executive director. “Dr. Henningfield’s analysis concluded that kratom is not dangerously addictive and that it is safe for consumer use in the same manner as other dietary supplements and ingredients such as caffeine.”

Another recent report concludes that drugmakers could develop safer pain medications from kratom, and at least one pharmaceutical company is currently attempting to do exactly that.

Despite these developments, the FDA’s public-health advisory suggests that federal authorities are once again preparing to crack down on it. Similarly, numerous states have recently passed legislation to ban kratom in response to reports of fatal incidents involving the drug. However, a recent review of such deaths found that kratom was detected in combination with other drugs in most instances: “Although death has been attributed to kratom use, there is no solid evidence that kratom was the sole contributor to an individual’s death,” the researchers performing the review concluded.

Still, the DEA points to such deaths as reason enough for banning the herb, citing a grand total of 30 documented deaths associated with it. This argument is flawed for a few reasons, though: Not only is it not fair to assume—as the DEA does—that every person who died after consuming kratom died because of consuming kratom (as stated already, additional drugs were likely the real cause of death), the number of deaths also pales in comparison to those caused by prescription opioids. In 2014 alone, 1.9 million Americans ages 12 or older had a substance use disorder involving prescription pain relievers, according to the American Society of Addiction Medicine, and more than 18,000 people died after overdosing on prescription opioids.

“In our opinion, forcing kratom into the shadows through a ban would have tremendous negative impacts for folks who consume kratom as part of their regimen to manage their health and well-being,” Candland emphasizes. “We would welcome the opportunity to work with federal, state and local officials on developing common sense guidelines.”

Such guidelines are necessary to help stabilize the currently chaotic kratom marketplace in America, according to Dr. Christopher McCurdy, a professor of medicinal chemistry who’s been studying kratom for 13 years. “Of course, we believe [kratom] to have great promise, especially based on the traditional use in Malaysia and Thailand for centuries,” he says. “But the products that are currently available in the Western world, are almost like the ‘Wild West’ of marketing—some are good, some are not.”

Knowing that, why is the FDA pushing for an all-out ban? “The problem with a natural product, like a plant, is that you can’t patent it,” Glazek explained to Tierney. “There’s no way for the pharmaceutical industry to make money off of kratom, so they want to create a synthetic version of it—and some people think they’re trying to make the natural version illegal, so that they can sell their synthetic version.”

If he’s right, it’s less an issue of if kratom works, and much more about who will truly reap its benefits.

1 thought on “Learn More About Kratom”